Forums
news
backstory
How can you tell a ...

How can you tell a movement is genuine? 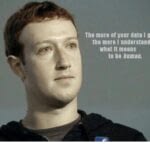 Jay Carey
(@downliner)
Trusted Member
Joined: 1 year ago
Posts: 57
Topic starter 27th June 2020 16:34 pm
https://needtoknow.news/2020/06/poll-shows-that-only-17-of-black-lives-matter-protesters-are-black/
Let's take the recent paid opposition movement Black Lives Matter. Even Black people are aware of how false this narrative is.
That's because even Black people can see the idiocy in this and taking over cities by force then demanding they remove all forms of law enforcement for me and probably to them just reinforces the stereotype that they are lawless people and treat their women like objects. I'm sure this is not how Black people want to be portrayed.
Jews don't like being portrayed as hunchbacked, big nosed, bearded men who rub their hands together in delight whenever money is near but that stereotype came as a result of their actions and their regard for society whereas the Black stereotype came from the Jewish owned music industry who used them as tools for profit where today most younger people see Gold chains, money machines and scantily clad women as well as cars and guns.
Don't blame White people for the stereotype on Black people and Black people need to understand that most people in Society who are intelligent enough to tell the difference between the Music Industry and Reality will not see Black people in this light.
Those who even bothered to research will know this fake life hoisted upon the Black community was one forced on them by the CIA who were using them to experiment how a section of Society would cope with drug addiction as they flooded the Black communities with drugs. The result is mass shootings, murders, fatherless kids, etc.
If BLM were a genuine movement rather than a control mechanism for society funded by a Nazi collaborator they would be addressing the predator classes rather than the people at the bottom of the pyramid but you never hear them call out corporations, banks, secret societies etc. That's how you know this whole movement is a load of bollocks designed to widen the divide between Black and White people. And the stereotypical Js will sit back and let race war commence.
Why? Because as usual they are at the center of most Societal issues because they refuse to be even part of it. They want to control it but not in broad daylight. They use low ethic and morality devoid puppets to do their dirty work. That's where the media comes in and why very few people trust a word they say.
Dave liked
Quote
Topic Tags
All forum topics
Previous Topic
Next Topic
Related Topics
Topic Tags:
Share:
Forum Statistics
14 Forums
244 Topics
397 Posts
0 Online
312 Members

No online members at the moment