Forums
news
stories
WHO "Solidarity" an... 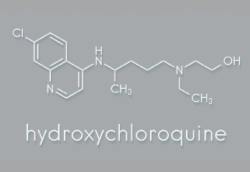 Last week, I was alerted to the fact that India's ICMR, its official medical research agency, had written to the WHO, telling WHO that the hydroxychloroquine doses being used in the Solidarity trial were 4 times higher than the doses being used in India.  Then I learned that Singapore had been hesitant to participate in the WHO trial due to the hydroxychloroquine dose.

WHO "Solidarity" and UK "Recovery" clinical trials of Hydroxychloroquine using potentially fatal doses, according to WHO consultant

As of 3 June 2020, more than 3500 patients have been recruited in 35 countries, with over 400 hospitals actively recruiting patients. Overall, over 100 countries have joined or expressed an interest in joining the trial, and WHO is actively supporting 60 of them...

WHO = Where Health is Obliterated